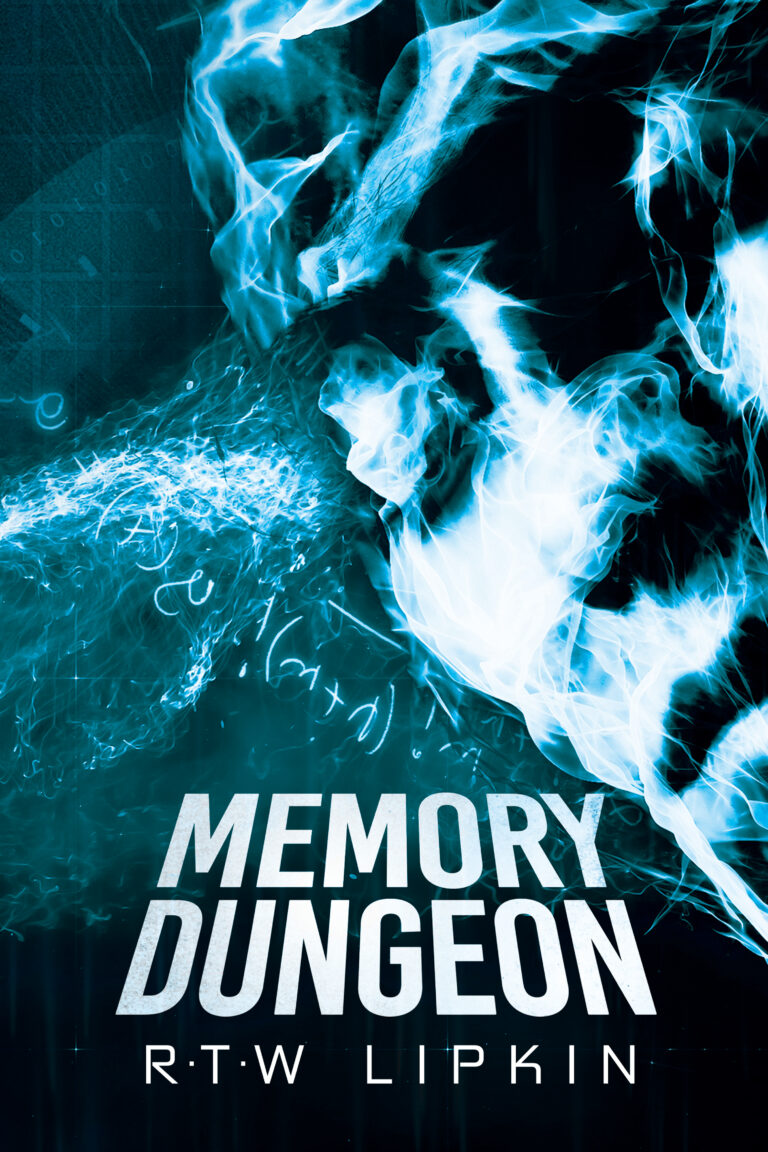 The solution for everything you want to remember . . . or forget.

Have happy memories you want to relive and preserve forever?
The Memory Palace can upload and store them for you safely.

Do you long to be the person you really are and live out your fantasies?
Leave your cares in a Weekend Locker while you live the life you want, guilt-free.

Plagued by painful memories you’d rather forget? The Memory Dungeon can help.

Until a client is murdered.

Now everyone’s a suspect in a world where a forgotten memory could be the perfect alibi . . . or damning evidence. 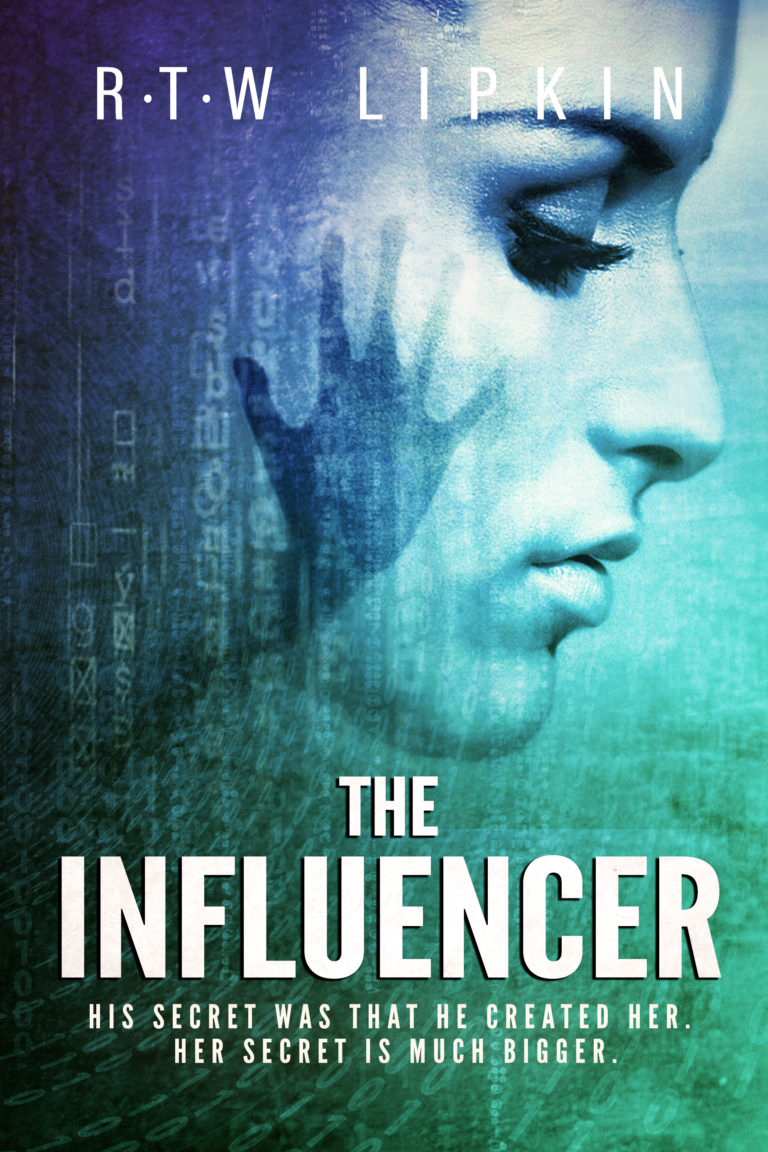 Broadcasting from her perfectly curated room, she’s an instant sensation. Everyone wants to buy what she has. Wear her jewelry. Use her makeup. So they can be like her. Look like her. Feel close to her. Know her.

But no one can really know Ash. She’s just an illusion. A string of code I created to sell things and make money.

It was the perfect plan.

Until she starts going off script, saying things I didn’t program her to say.

Experience the lives, loves, trials, and triumphs of a cast of unforgettable characters in the 4 books of the West Hills saga. Nearly half a million words for your reading thrills! 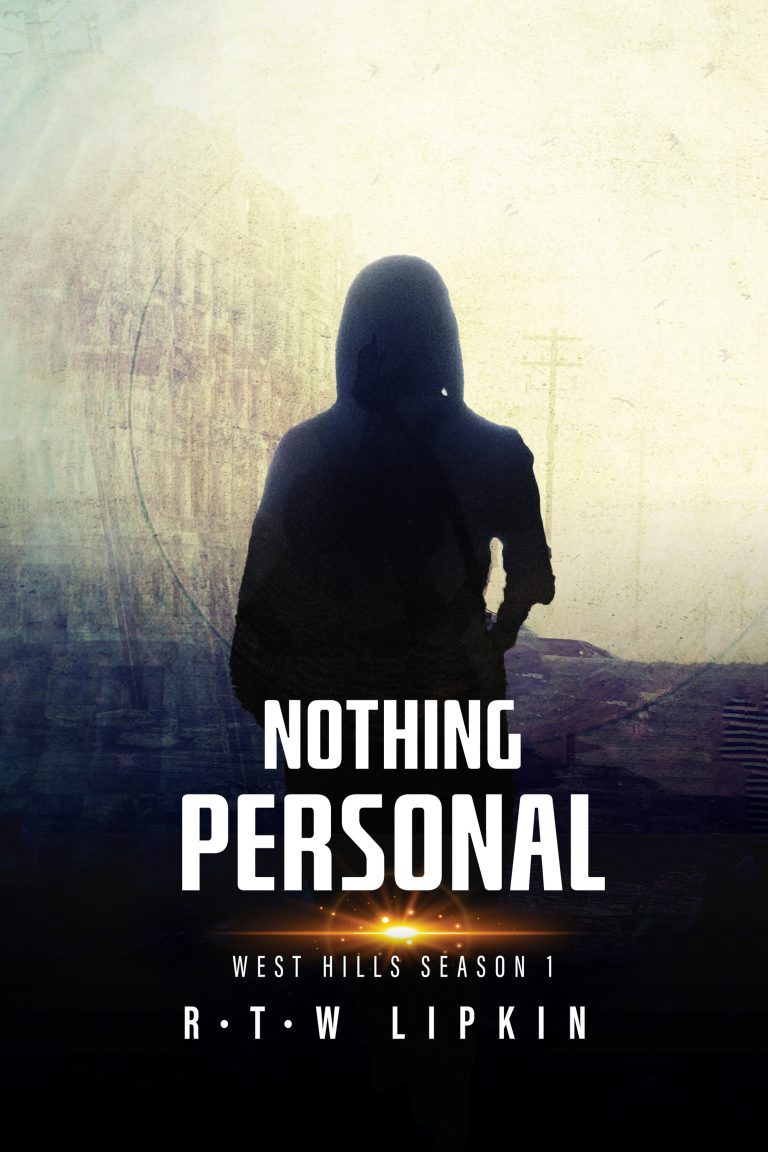 When civilization ends, the struggle for power begins
Since the Collapse, families have been replaced by corporations.
Arriving at her new assignment in West Hills, Addyson assumes her post is a promotion. Yet she soon discovers it’s nothing of the sort.
But she has far bigger problems: one of the most powerful members of corporate society wants her dead.
It’s nothing personal—he’s just willing to dispose of anyone who stands in his way . . . and Addyson is right in his crosshairs. 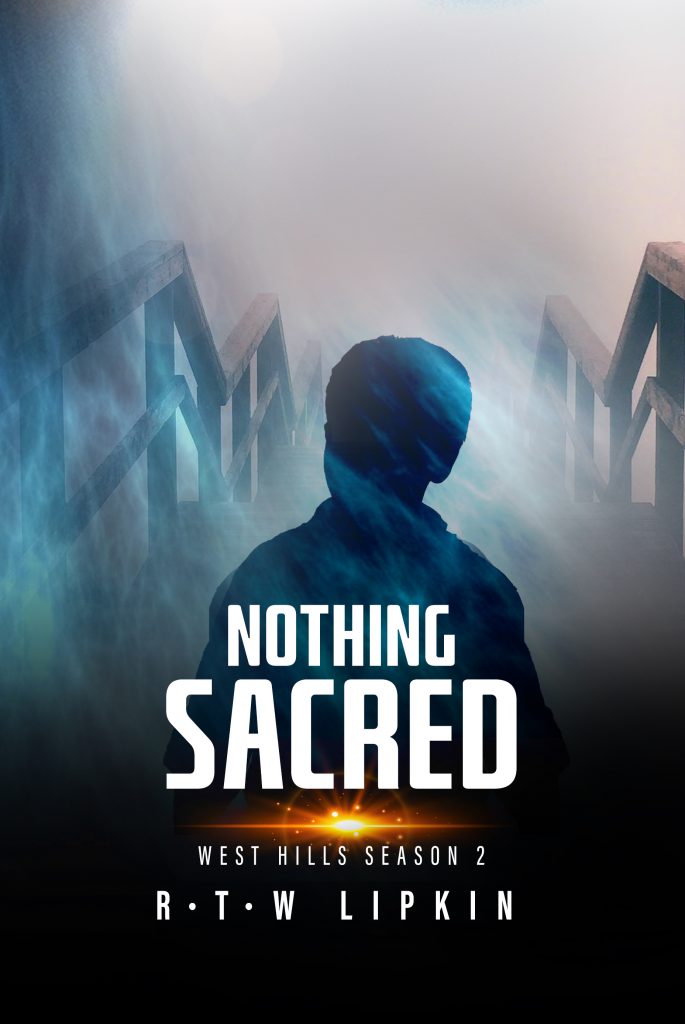 Trial Day is over, but the real trials have just begun
For Jillean, whose plans to take down Simeon can’t be stopped.
For Xan, ever closer to his breaking point.
For Bettis, who can taste the revenge he craves.
For Simeon, poised to seize the power that he won’t be denied.
For Davis, whose ever-more-intense visions refuse to leave him alone.
And for everyone, just trying to survive these chaotic times, clinging to hope in a destroyed world. A world where nothing’s sacred. 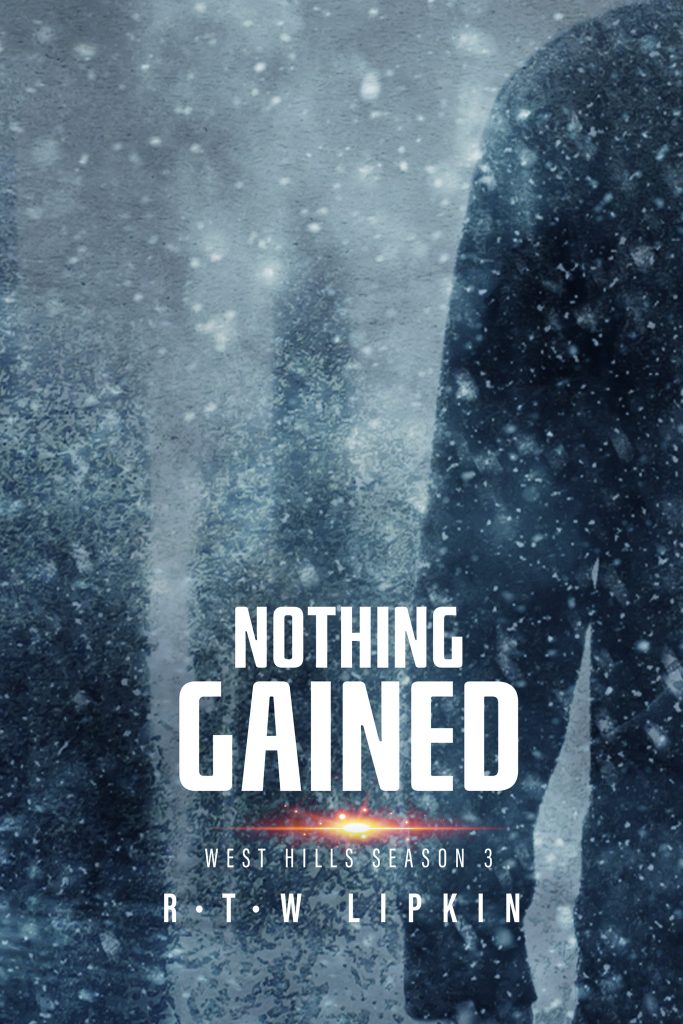 After you burn your bridges, who are you?If you’re Jillean, you must search for the parents you never knew.
If you’re Xan, you must rediscover the self you’ve lost along the way.
If you’re Verna, you must stay loyal, despite your confusion and doubts.
If you’re Simeon, you must find your power and reinvent yourself.
If you’re Bettis, you must set things right, even if it seems impossible.
But the rush flu is rearing its ugly head again. War is on the horizon.
And, despite all your efforts, nothing can be gained.

Do the secrets of the past hold hope for the future?
Jillean’s relentless search for her ancestors sends her down a dark path. Xan’s yearning for love leads him to an unexpected place. Verna’s desire for connection blossoms in unforeseen ways.
Simeon’s need for his son brings him to a startling realization. Logan’s studies open him to infinite, transcendent possibilities. Yet West Hills comes to a standstill as catastrophe threatens to destroy everyone. Lives, loves, dreams, plans—so much has been lost . . . and yet nothing is ever really lost. 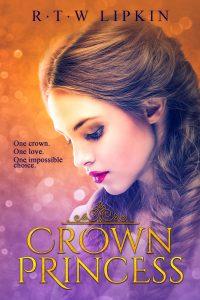 One crown. One love. One impossible choice.

Crown Princess Greyson Jaynes has devoted her life to the study of statecraft, preparing herself for her future job as king. But at 23 years old, she has other interests too. Interests even her father, the current king, knows nothing about.

Then as unexpected tragedy strikes, Grey’s thrust into a new world, one she might have prepared for, but she’s not ready for it. At all.

Now, besides coping with wrenching grief, her many new responsibilities, and her conniving uncle’s insidious plans to seize control of the palace, she must make an impossible choice: Will she give up the love of her life in order to take on the job she was born to do? 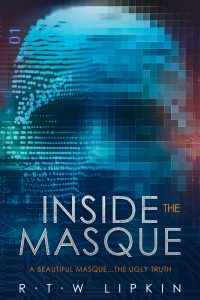 In the future, your masque is your world

Data. Comms. Wallet. ID. The masque is all this and more, and everyone wears one. But masques can lie.

When a powerful figure in the masque business shows up dead, it’s down to Chief Inspector McNair to track down the killer.

Uncovering the secrets and lies that lurk inside every beautiful masque, McNair will stop at nothing until he finds the truth—no matter how ugly it turns out to be.

“Readers willing to think outside the murder-mystery box will enjoy exploring this ambitious mash-up of procedural, romance, and futuristic social commentary.”—BookLife 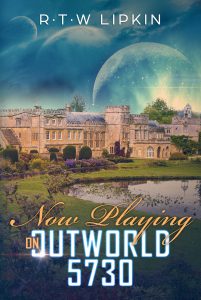 In the 87th century, those who can afford the most elaborate of vacations can spend their riches on an immersive experience, far removed from their everyday lives. Outworld 5730 is home to Hollyhock Manor and this season’s most-talked-about majestic.

Actress Violet Aldrich was planning to land a role in the new hit drama Mirage. Instead, her husband of one week has up and died, leaving her with an Everest of debt and with no place to live. She’s forced to take a job with Jewel Allman’s Regency-era majestic. She’s been cast as a lady’s maid. Her lines? Yes, my lord. No, my lady.

Ephraim Croft has had to sell off a large chunk of his Northumberland estate in order to afford the hefty fee required to be the marquess Lord Trevelton at this ridiculous “vacation.” Dressing in nonsensical outfits, socializing with the boring galactic elite, and pretending to be a grandiose lord is hardly Ephraim’s idea of a good time. It’ll all be worth it, though, when he finally gets to confront his onetime closest friend—far away from the constraints of Earth’s laws.

Once Lord Trevelton meets the beautiful Violet Aldrich, though, all his thoughts of revenge are displaced by a wild passion he thought he’d never want to feel again. And even Violet, despite her determination to merely play her role, stick to her lines, and pay back her unexpected debts, gets caught up in this fiery attraction. Soon the upstairs/downstairs couple are the talk of Hollyhock Manor.

But there’s more than just juicy gossip at this year’s Regency-era majestic, as hidden agendas, scandalous romances, and heady intrigue are hiding in every corner of the manor house. And Violet and Ephraim are destined to get caught up in all of it. 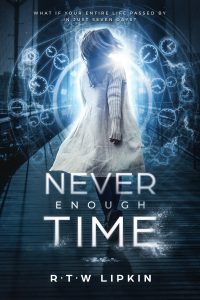 16-year-old Delaney Archer always waits until the last minute to do anything. Nevertheless, she’s about to graduate as valedictorian . . . until she wakes up one morning in a strange place.

Suddenly, she finds herself in graduate school. Seven years of her life have disappeared without a trace . . . but how?
It takes a while for Delaney to adjust. But it’s not all bad. After all, she can drink alcohol now, and she’s almost finished school . . . Then she wakes up the next day . . . and another seven years have vanished.

Every day is a brand-new adventure for Delaney as she struggles to adjust. But no matter what she tries, she just can’t seem to break the cycle. Now she just has to figure out what’s happening . . . before time runs out . . .

Readers are saying: “Philosophical mastery. The ending was so deep I had to mull it over for days.” “What a rollercoaster!” “Thought provoking. I had to stop and actually think about this book before I finished it. That has NEVER happened in my life. Kudos to the author for making me do this.” “A great story, that will make you think of what’s important in your life.”

Never Enough Time is now available as an audiobook!
On sale at Audible, Amazon, iBooks, Kobo, Barnes & Noble, and Downpour. 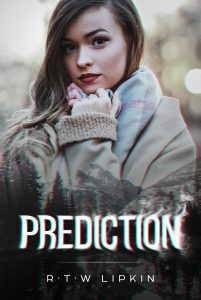 Cassandra Dumas can see the future: on May 2nd, the world will change.
But how?
As reluctant overnight celebrity Cassey struggles with the demons of her past, the future rushes in. 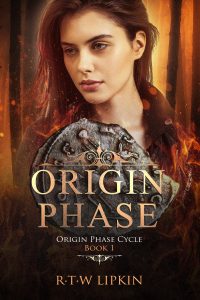 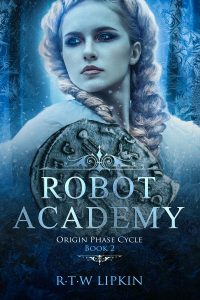 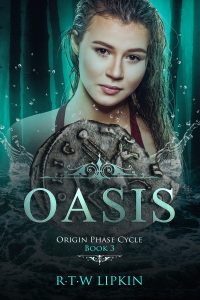 As amnesiac time travel pioneer Eli Ryerson slowly regains his memory, he’s sure of only one thing: the past can’t be changed. Or can it?

“Definitely one of the more unusual time travel stories I’ve had the pleasure of reading and I found it quite impossible to put down until I turned the final page.”
–Amazon reviewer

Can a naïve robot and a cynical human stand to be roommates? At each new turn, Syd and Jack are forced to learn lessons no school would dare teach.

“I started reading it and next thing I knew it was 3 a.m. It was so entertaining and a great read . . . If you like sci-fi, this book is for you.”
–Amazon reviewer

An ancient promise. A shocking murder. Human and robot. Duty and passion. Get caught up in this magical story. Part sci-fi. Part fantasy. All romance.

“This was a beautiful story of robot meets girl. I fell in love with the main people. Great read!”–Amazon reviewer